When asked, "How did you get started in software?" I'll summarize my career path or share a handful of short stories about `the long, long ago` when I began tinkering with JavaScript. In reality, it's complicated (as it is with anyone's career), but there are a few key themes worth bearing since it highlights how varied paths into tech can be.

My journey began with learning the value of community, the relationships built between software users, product owners, and the glue that links them all. Thriving communities offset the inherent risk when joining a software startup. What's popular today may not be as intriguing to new users five years from now. To gain technical precision, one must be willing to dive into the unknown and challenge themselves to reach their milestone moment.

In this article, I'll finish my progression of code thus far and expand on it leading to Software Engineering.

This date marks the launch of Orphic, Inc.. In V1, a forum to orchestrate business, content, and code-based products, as well as the unexpected logistics that would prove difficult to a teenage entrepreneur. Orphic’s forum entered a soft launch with friends in early November. Using the time to implement feedback in a hyper-focused final month of quick revisions before doing a final v1.0.0. This erroneous motif in agile iteration is part of the scrum. In the same way, I expected to be able to go from creating a form with JavaScript at 12 to a fully functional platform; backlog refinement is a constant.

The original concept behind my business was to self-publish a work of fiction I had written some years prior, having already spent some time trying to teach myself to design a book cover and build a website for it. It seems novel in hindsight, but the results always astound me whenever I take a moment to step back and breathe. The forum is where I first saw the value of a community behind any project. I learned the ropes of creating a sense of purpose for it, curating duties for staff and members, and how a gracious attitude will pay back in dividends.

When asked, "How did you get started in the startup world?" I like to point to following TechCrunch religiously around this time because though I may not have worked at a startup until much later; I probably wouldn't have relished the idea as much nor ventured to create my attempt at the time. I was also prone to the hype of the technorati and its counterpart: the death march of doom for ill-fated projects. A team showing lousy faith in their users could lead to a product's demise.

Over the years, I created new forums. Having learned how much of an undertaking building a business is, they would hone specific crafts that are more technical, abstract, and ultimately code-centric. At the time, each would feel like a failure because they never "went viral" or only had fleeting success. Still, all of the minutiae in accumulation led to my appreciation for successful projects.

In V1, most decisions were made ad-hoc based on little experience or emulating others. Over time I could discern why applying one idea worked for a specific group but wouldn't be imaginable for another. These nuances create the makeup of each group, an essential part of understanding their processes, expectations, and memes. Knowing your audience can quickly make or break how news is received, and staying true to your voice is easily read by even your most devoted fans.

To build an application that doesn't fall apart three days later, one needs to create a system that not only thrills users executing it but delights developers to assist in sustaining its long-term viability. The app will likely stagnate if there isn't sufficient documentation to rebuild it after a dependency is deprecated or if there is not enough modularity to add to its foundation.

Code debt is hard. There are many versions between V1 and any next leap into features unknown. With the right team, these become afterthoughts, and the anticipated risk becomes a public debate.

From 2017 - 2020 I worked at BigCommerce and was able to experience such a phenomenon. To discuss anything but the people and culture at BigCommerce would be misgiving, and I could go for pages. These observations intend not to imply knowing Linux is necessary to program or that joining a startup is your best bet to get into tech. My path is still relatively wild and with few passers-by. Making a difference every day in your team's lives is a rarity and should be the path you choose often.

I've since moved on to a late-stage startup, hoping to elevate the rocket as much as possible. Dared debt multiplied business logic and designed architecture results in a Sprite, a word which here means functional output.

Coders code at night, falling asleep with ancient texts in hand, balancing our heels to bed or codeworking story points into oblivion. We elicit curses, deal in the devilish detail, and sync shining beacons. Committing regression or feature til escalated to the crown of retro, releasing champagne upon which we don lightning (milestones).⚡ 🔮 ✨

An electric acid test enables that first degree of a keystone dipped into a future where any machination could launch with the touch of a button. I imagine a time when each user's first interaction with the web is one of their own doing. Starting as an application by one's hand and code, wholly guided. What excites me the most about a concept like this is evolving software beyond its varied courses and achieving a common dream: technology that grows.

As the alchemists of our day, our singular desire is to inspire magic from each concoction and electric baptism explored.

Resources to get started with code:
FreeCodeCamp.org
Mozilla Developer Network

You’re so sound is a phrase that hinges on the word sound as an adjective, not the “noisy” noun. Sound, meaning “free from special defect or injury,” has been recorded as far back as the 1200s.

Many additional meanings were born over the next few centuries. In the 1500s, sound referred to someone “healthy,” especially with respect to venereal diseases. In the 1600s, sound became something “financially safe” as well as “excellent,” “admirable,” or “dependable.”

By the mid-1800s, sound was further attributed to people considered “trustworthy” or “of sober judgment.”

In the 20th century in the United Kingdom and Ireland, sound spread as a slang term for someone you like or something that you enjoy, similar to “cool” or “awesome,” hence an expression like you’re so sound.

English contains several sound homographs, all with distinct histories. For example, the sound that means "something heard" descends from Latin sonus ("sound"), whereas the sound that means "to measure the depth of water" traces to Middle French sonde ("sounding line"). Another sound, as in "of sound mind and body," is the contemporary form of Old English's gesund. Gesund is related to several words in other languages, such as Old Saxon gisund ("sound"), Old Frisian sund ("fresh, unharmed, healthy"), and Gothic swinths ("sound" or "healthy"). Another relative is Old High German's gisunt ("healthy"), which led to modern German's gesund, the root of gesundheit. 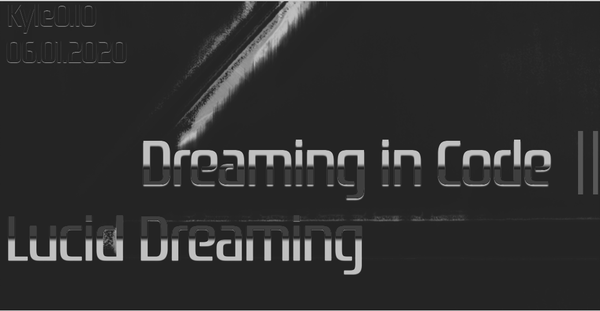 I begin the article "How I Started a Code Study Group (and Why You Should Too)" by explaining how excited I was to start working at BigCommerce. It was only fair to summarize it in a word or I would have needed a separate piece to express how elated I was.